The Beatles Ashram in Rishikesh

Rishikesh is a beautiful place that is surrounded by forests, River Ganges and the Himalayan Mountains. Apart from spiritualism, it is also ideal for leisure travel, yoga and meditation, naturopathy and adventure sports. Thus, it is an ideal place for all kinds of travelers. 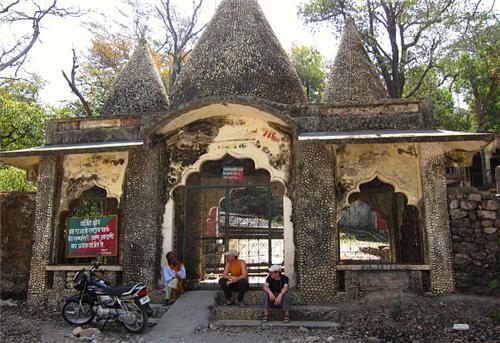 The Beatles were an English rock band that was formed in 1960 in Liverpool and consisted of John Lennon, Paul McCartney, George Harrison and Ringo Starr. In those days, they were the renowned rock music band that was the greatest and most influential. Their reputation grew when they sang in various clubs in Liverpool and Hamburg over a three year period. Brian Epstein, Manager, The Beatles moulded them into a professional group and the producer, George Martin, enhanced their musical potential. They also acquired the nick name of “The Fab Four” as the Beatlemania grew in the UK. Now, McCartney and Starr are the only musically active surviving member of the Beatles.

In 1968, The Beatles traveled to India and stayed at Maharishi Mahesh Yogi’s ashram in Rishikesh for about a month. Though now the ashram is abandoned, it was then due to the urging of George Harrison one of the four members of The Beatles the entire team traveled to India and stayed at the Mahesh Yogi’s meditation centre to study under the maharishi. Due to various reasons, they did not like the place and one after the other they left it. Though they stayed only for a short time, the band wrote a number of hit songs about their experience.

This was such a beautiful ashram but sadly over the years the forest has taken over all the buildings and covered it in a green dense camouflage. Apart from that vandals and thieves have also plundered this place. Maharishi always had a vision and had constructed this large and gorgeous site with modern design with natural building materials like river rocks, coloured tiles and quarried stones and the beauty of the place was further enhanced with the planting of native plants and huge trees that were there for centuries. Today you can only find the skeleton of the place and is under the control of the forest department and comes under one of the sightseeing place. It is said that the staying of the Beatles team made this ashram quite popular.

How to Reach The Beatles Ashram

Rishikesh is well connected by Rail, Road and Air Transports.

Nearest Railway Station: For all those travelling by train can get down at the Rishikesh Railway Station as many trains stop at Rishikesh. From Delhi, you can take the Shatapdi.

Nearest Airport: For those travelling by air can get off at Jolly Grant Airport, Yamnotri or at Delhi Airport. But Jolly Grant is the closest airport.

Nearest Bus Stand: Rishikesh is connected by Road with cities like Delhi, Pushkar, Varanasi and Jaipur. A normal bus will cost Rs 130-350 and an A/c bus will cost Rs 250-700. For local visit one can take the auto-rickshaws from the bus/train stations which will cost around Rs 10/-. When you walk around Swaragashram, it is pedestrian only and comfortable to walk.

In case, you want to take the yoga and meditation classes then it is ideal to fix up with a particular yoga centre that offers and plan your visit accordingly. For sightseeing of the ashram you will be charge with Rs 100/- and will take approximately 40 minutes to complete the entire ashram.

Here are some of the hotels located near The Beatles Ashram.

Comments / Discussion Board - The Beatles Ashram in Rishikesh