Taken care by the Swami Purshottamanand Trust, the Vashistha Gufa is a popular tourist destination in Rishikesh. The naturally occurring cave was given 200 steps to make the entrance accessible to the tourists. The Vashishta Ashram near the cave was a resting place for the tourists as well as a place where one can learn about the whole history of the cave. 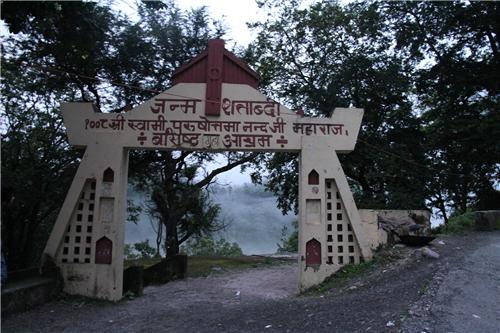 This cave belongs to the great knowledgeable saint Vashishta. He was among the seven great sages of the country. Vashishta who has a cow named Nandini was the son of Lord Brahma and the teacher of Lord Rama. It was believed that the great sage sat in this cave and meditated for hours and thus is known as a beautiful place for mediation.

The history of this cave is very alluring and emotional. It was believed that Vashishta came to this cave to kill himself after the death of his beloved children but the holy River Ganges refused to accept his grant for suicide. Thus, Vashishta along with his wife stayed there to spend his life in mediation and spiritualism. Apart from its history, the place is also known for its beautiful and lush surroundings with peace and tranquility in the atmosphere. There are many other tourist spots near the ashram like Shivpuri, Marine Drive, Neelkanth Mahadev Temple, Kaudiyala, Byasi, etc.

How to Reach Vashishta Gufa

Within a distance of 25kms from the city of Rishikesh, the Vashishta Cave can be reached easily by the Indian as well as the International tourists. You can hire the local jeeps or auto rickshaws from the nearest Rishikesh railway station or take cabs and buses from the Jolly Grant airport and easily reach this place.

Here are some of the hotels located near Vashishta Gufa in Rishikesh.